Home > Blog > Education > What is liquidity in Forex?

What is liquidity in Forex?

In this article, we will analyze all these questions in detail.

Forex Liquidity. What is it?

The availability of liquidity in financial markets in general and the forex market, in particular, has a lot of advantages. If the advantages of liquidity are not obvious to you, it is worth asking the opinion of any person who tried to sell real estate during the crisis of 2008 or a trader who had an open position in the wrong direction during the non-trading period before the release of important news that eventually led to a trend reversal. These people found themselves in a situation where they were unable to exit the transaction when and where they wanted – and all this because of low market liquidity.

Liquidity is the ability to liquidate an asset quickly and without a strong price change, i.e., the presence of a high level of offer and demand. Liquidity refers to how active a market is.

Imagine that you have an iPhone and you need to sell it. Because the iPhone is an extremely popular phone, it is very easy to sell. And, please note, you even do not have to reduce the price (we are talking about the used item, of course). It will be quickly purchased from you anyway. Thus, we come to the conclusion that the iPhone is a liquid commodity: it is easy to buy and easy to sell because there are many sellers and many buyers available.

And now imagine that you have an old grandmother’s closet with peeling paint, creaking doors, and notable cracks. Will it be easy for you to sell it? Most likely, you will have to reduce the price significantly. Is Grandma’s closet a liquid commodity? Definitely not. There are sellers, but there are significantly fewer buyers. And the price will have to be reduced. There is a lack of liquidity in the “Grandmother’s Cupboards Market.” And it is called an illiquid market.

Let’s return to the financial markets

First of all, liquidity reflects the interest of market players – both in the absolute number of traders and in total trading volumes per unit of time. In other words, the presence of a large volume of offer and demand is characteristic of a highly liquid market. The higher the market liquidity, the faster it is possible to liquidate a large position.

From the point of view of an ordinary trader, the amount of liquidity is often expressed in a volatility change. The price on a highly liquid forex market moves gradually, in small steps, and the quotes are more consistent. EUR/USD currency pair is one of the most liquid on the chart. We can see an almost perfectly smooth price movement, despite the small timeframe. 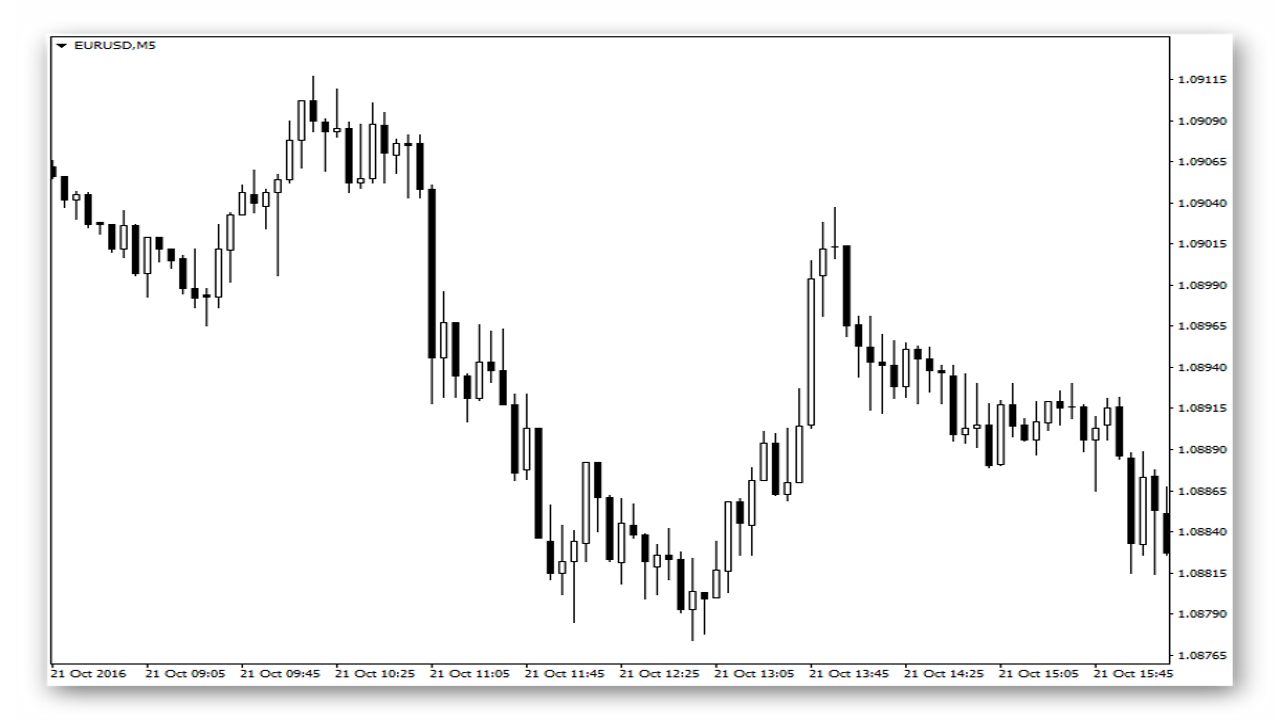 A decrease in liquidity will lead to large jumps and gaps in the flow of quotations. The volume of purchase and sale orders on a single currency pair in such a period may change significantly while remaining small in absolute terms. That is, a situation may occur when the instrument continues to depreciate, but there is no way to sell it at all. 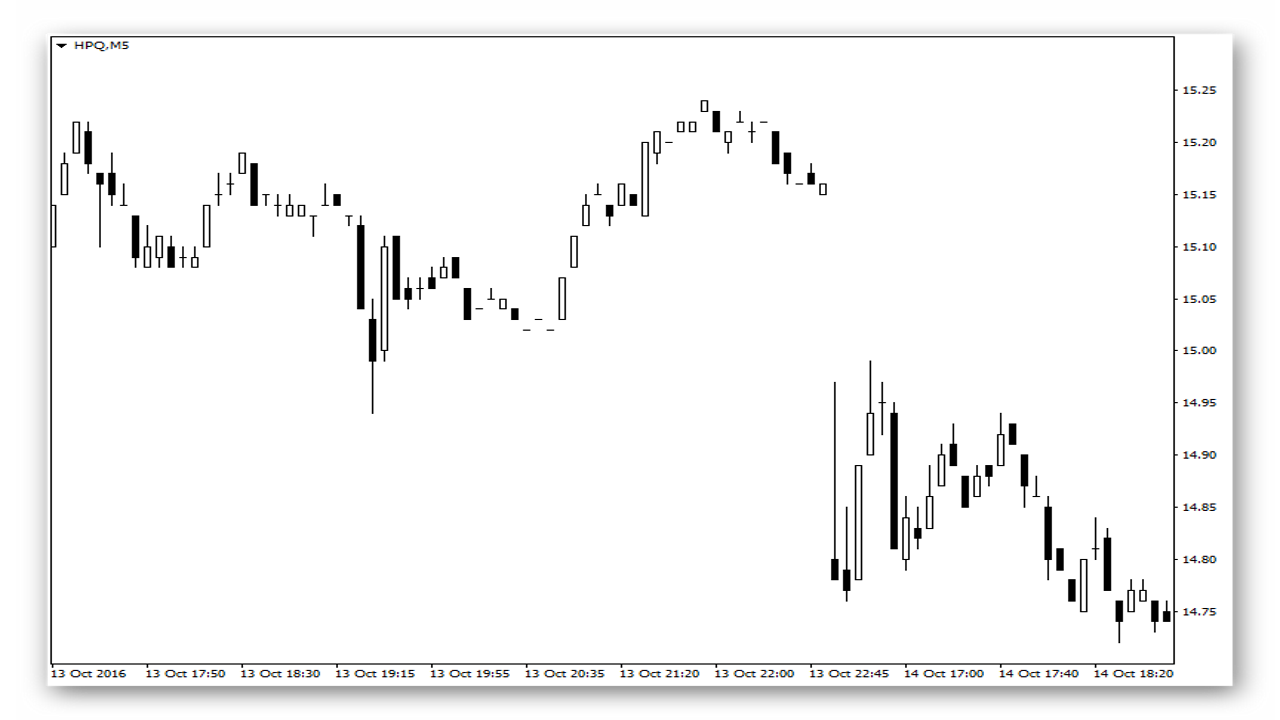 Forex is often mentioned in the context of the most liquid financial market in principle. But this does not mean that currencies are not at all susceptible to the influence of liquidity, and even forex traders need to take this factor into account. Otherwise, for people moving here from other markets, the high liquidity of Forex often comes as a pleasant surprise. According to approximate calculations, the daily turnover on Forex is about 4 trillion US dollars.

International trade constantly needs the exchange of large amounts of currencies – this is the reason for such a large turnover. It is not surprising that money is the most liquid asset since it can be immediately exchanged for goods, services, and other benefits. Of all the currencies, the dollar is currently the most in-demand. Let’s start with the fact that the dollar is at least 1/2 of any major pair, and 75% of Forex transactions fall on the main pairs. The dollar is definitely worth considering.

High liquidity does not mean high volatility at all. The market can be both liquid and weakly volatile.

As we mentioned above, the liquid market moves more smoothly, but low liquidity means more random movements, more chaos. One of the reasons why there are sharp outliers in both directions during the release of important news is the absence of liquidity providers on the market at this time, who simply do not want to take risks by blocking deals on the news.

In general, liquidity can be represented as a buffer absorbing weak price emissions.

Forex liquidity changes during the trading day, which is associated with the opening of major financial centers in different time zones. As you know, reduced liquidity was observed during the Asian session. Nevertheless, Japan’s financial reports and comments by local officials may provoke a strong enough market response simply because a smaller force will counteract the directional movement of the changed sentiment.

In turn, peak liquidity is observed at the opening of European markets, and in particular London. The activity of players gradually increases throughout the day until the North American markets come into play. By the end of European trading, liquidity is sharply sagging and has been on the decline since the second half of the American session until the close of New York.

As already noted, during a period of low liquidity, the market is more vulnerable to unexpected and highly volatile price movements. The catalyst, again, can be news or rumors, which often leads to sharp jumps in quotes and gaps. It is extremely difficult to predict the price movement in such periods trading risks are also overestimated. During a low-liquid market, you should always be prepared for an unexpected increase in volatility if you have open positions.

Liquidity may also weaken markedly due to holidays and changes in the seasonal activity. For example, trading activity falls towards the end of summer and before the New Year holidays. As a rule, during such “festive” trading sessions, the market continues to move by inertia without going beyond the boundaries of a predetermined channel. At these times, mature financial institutions such as investment banks do not consider a high volume of trade.

A situation where a small number of market makers remain in the market is called a “thin market.” Major players can use such “weak points” to force movement in the direction of the main key levels. In other words, the less liquidity there is, the easier it is to “move” the market. It is not a rare situation when, after such a stagnation, the market price completely changes its direction to the radically opposite.

Surely, you have noticed that at night the execution time of closing a position can be very different from the day, and the market is often in a flat state. In fact, it stands still. If you are trading on a night flat, always keep an economic calendar handy, or set up automatic alerts. An hour before the release of major news, we remove all positions from the market, so you can save your deposit from the actions of major players.

Forex trading broker’s Liquidity and the Dangers of Weak Liquidity

One of the main advantages of Forex is the ability to exchange quickly. But, having a large amount of currency on hand, you cannot quickly sell it during a period of low trading liquidity without losing a lot of trading costs. Also, when there is a lack of liquidity in the market, gaps often arise. A gap is good only when it happens in your direction. According to the laws of injustice, after a break, the position usually goes into a deep minus.

If a very small number of people are interested in buying a currency, forex liquidity falls. In this regard, the trading conditions are deteriorating. In particular, the spread widens, the difference between the best buy and sell price, and the glass of applications empties. With high liquidity, the spread, on the contrary, narrows. You need an account type with market execution.

The liquidity of a single broker strongly depends on the number of connected providers. The more counterparties there are, the more volume they can process. In addition, a large number of applications has a positive effect on spreads and execution speed – the more applications we aggregate, the better prices we can get in the end. For more information, see the article How Forex orders are executed.

Large positions in the highly liquid market are executed exactly at the stated price. When there is sufficient volume at the nearest price, the transaction is executed without slippage.

When there are not enough volumes for the nearest orders, the order is partially filled with each of the orders, and the opening price is calculated as a weighted average.

In terms of the amount of liquidity present in forex trading, its conditions can be divided into zones. Zones should be understood as market areas on the borders of which there is a change in market conditions, which we discussed above. Liquidity zones can be called both trending market areas and flat areas.

Trending areas are not of particular interest since market entries during a trend are characterized by extremely low efficiency. During the trend, only adherents of the classical TA enter the market, who do not want to read the materials of the site forexlis.ru )

In contrast, the flats represent zones of liquidity redistribution. During the flat, the positions of “smart money” are loaded, which, as we remember, intend to earn on the stock crowd. Obviously, it is necessary to enter the market together with a lot of money.

Candles included in the flat will have large shadow sizes, which is a consequence of the increased activity of bidders. At the same time, during a flat, as a rule, the formation of a large number of Price Action patterns is observed.

The level of traded volumes will have a high value, which is a consequence of loading a large position (a trace of the activity of “smart money”).

It is characteristic that during the flat, phenomena occur that can be explained both from the point of view of Price Action and VSA.

In any case, no one is protected from sudden spikes in volatility. Therefore, you should not trust, at first glance, a calm, little-liquid market – appearance can be deceptive. High liquidity has many more advantages, making the market more suitable for technical analysis. A highly liquid market is also a strong market, where the forces are approximately equal on both sides, and one major player is not able to significantly influence the price movement.

Remember this, and the profit is yours.